Screenplay by Shane Connaughton, from a novel by Maeve Binchy. 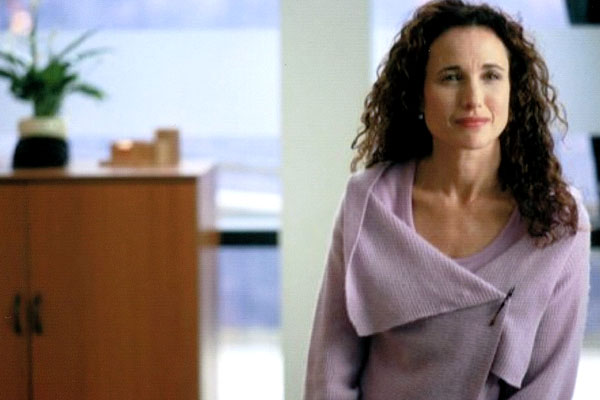 I was brought into this film by my old friend Shane Connaughton, my tutor at film school. He wrote the script from Maeve Binchy’s book of the same title. Shane had previously co-written The Playboys with Kerry Crabbe, which I directed on the borders in Cavan. Based in Dublin, Tara Road was a fairly light, character driven story which allowed for a broad supporting cast of fabulous Irish actors, including the legendary and sadly now deceased Alan Devlin.

It was a great pleasure working with the original writer Maeve Binchy, who also recently died. I recall a grey and miserable day sitting in a green room packed with actors and crew when Maeve arrived and literally lit the place up with sparkling conversation-  a truly larger than life, charismatic presence.

The American sequence, representing Andy McDowell’s character’s house, was shot in Cape Town-  a financial decision of course, but the South African crew were excellent and seemed to bond with the mainly Irish crew from the start. On a film like this, with a cast of top notch actors whose primary intention is to entertain, the best policy is to have fun making it. We did-  even if things didn’t always run smoothly behind the lines in production.