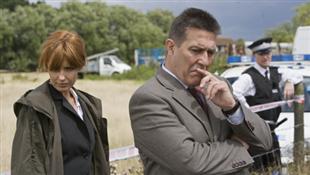 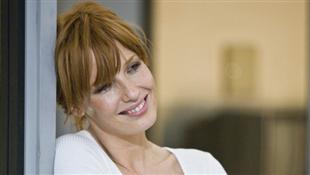 Working with Lynda La Plante is quite a unique experience.

When first we worked together I encountered a larger than life character with very strong opinions. I realized that the more Lynda spoke, the better I understood where her characters were coming from.  Often very important details emerged as she physically acted out the characters, details which were not apparent in  the script…  and which I myself has not considered.

I did not always agree with Lynda but would always be honest where I didn’t, just as she is. There is nothing worse than people avoiding saying what they really think; too reticent or too devious to enter into an honest argument in order to get to the truth of what is required.  Give me someone who will argue it through any day.  And praise the Lord for the many generous, creative and open minded writers and producers I have had the good fortune to work with!

Prep in television is usually shorter than in film, but involves the same problems large and small which need to be solved if the way is to be clear for shooting.  Any problems which do not get solved now will come back to bite our bottoms when we start shooting.  When the camera appears, I do not want to dealing with problems that should have been addressed weeks earlier.  I want everything to be clear, calm…  and fertile!