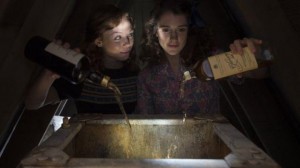 It took Iain Maclean 14 years to get WHISKY GALORE made- without that conviction none of the rest of us would have still been around. Willy Wands was the effective on set producer, and we have made several dramas together before, along with DoP Nigel Willoughby. The cast was very much ensemble, drawing from the best of traditional and rising mainly Scottish talent. The writer, Peter Mcdougall, has come up with a surprisingly light and optimistic screenplay when we consider the dark, violent BBC dramas which made his name.

Andy Harris and I settled upon American painter Andrew Wyeth as a visual cue and, in the event, there are many images, even scenes, heavily informed by this reference. We shot the main village in Portsoy, Aberdeenshire, which provided a spectacular harbour overlooked by a line of houses perfect for the film’s pub, school house and post office. It was as if we had found the ideal film set. 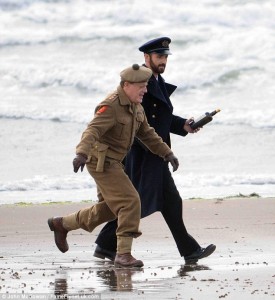 Casting Captain Waggett was tricky, to avoid the caricature of the English villain, but Eddie Izzard felt the perfect choice to portray this ultimately sympathetic man out of his depth, who can’t help himself. I have long wanted to work with Gregor Fisher and this has been worth waiting for in his portrayal of Macroon, the head of the village. It was great to work again with Iain Robertson, playing Sammy, 22 years after Small Faces; then a 14 year old boy, now a bearded adult. The rest of the cast were a dream and, though it doesn’t in itself make a good film, we had a ball shooting Whisky Galore and it only rained lightly once for 2 hours throughout the entire shoot- in Scotland!

I never worried about the taboo of remaking a classic originally shot nearly 70 years ago. I knew the cast would be excited to be involved in a new, contemporary script of this much loved Ealing comedy and that energy would come through in the film. Also, by chance, the original director, Sandy Mackendrick, presented me with a prize at the Edinburgh Film Festival 30 years ago when I graduated from NFTS with my film Passing Glory. In a funny way, this felt like some kind of seal of approval.