“I was brought up in Glasgow where I studied mural painting at Glasgow School of Art. At the art school film society I first saw the movies of Bergman, Kurosawa, Satyajit Ray, Pasolini, Visconti and the very early movies of Forman and Polanski. I knew then that I wanted to make movies, but life caught up with me and I forgot to do anything about it for years. Anyway, I didn’t know anyone who made films and I didn’t know where to begin.

After art school I spent six months on the dole in St. lves, writing, then taught art in London secondary schools for a couple of years and found my way into youth work. I traveled as much as I could afford and, really, had no driving ambitions for quite some years, though I did write a science fiction novel which nearly (but didn’t) get published, I am relieved to say. Then I became a father and had to waken up to reality.

I took a full time job as a detached youth worker, working around the streets of Kilburn in north London. This was a fascinating and demanding job, working with young people who had all manner of problems. I think I learned more about working with actors during this period than I did later, when I studied film making. I also managed to forge out an income as a cartoonist at this time, working for newspapers, magazines and books.

One day I woke up and realised that I had forgotten to make films. I was now married with two children and a full time job. I applied to the National Film School and, to my astonishment, I was accepted. At the interview, faced with a room full of people who had spent a lifetime making films, my confidence vanished. I was saved by the school’s director, Colin Young, who threw me a lifebelt. He said- “Okay, MacKinnon, you want to make films, tell us a story.” Without this wise demand, I would not have been accepted and I would not be making films today.

Visiting tutors were sometimes stimulating but just as important was the peer group, the way we challenged one another argued things through, found out what we were really passionate about.

I couldn’t get a grant at first, and I gave up the full time job. It was pretty scary. Taking this irresponsible step meant that I could not fail, as I would be letting everyone (and myself) down. This had a good side as, when I left film school, I was almost immune to the many inevitable rejections. I couldn’t afford to get depressed or disheartened. I was highly motivated. There is no formula for getting started, it is different with everyone. One thing is certain, if you don’t do something, then nothing will happen and opportunities will not occur.

Before making films I did many menial jobs and some skilled and difficult jobs unrelated to film. I also spent quite a time drifting and trying out different things. There is now a growing industry based around the encouragement of young people to become film makers, generating flocks of hopefuls all trying to press their way through the eye of a needle. With so much competition and so few opportunities a film maker needs to know him/herself, needs some real grounding, needs to have lived a bit.

Throughout my career  I have continued to paint irregularly. I began to wonder why I could not finish a painting and the canvases continued for years, going through so many transformations. My friend, Carlos, remarked that it takes two people to make a painting-  one to make the painting, the other to say “Stop!” The painting below, REMEMBER ME, went on for years before settling, having previously been a Crucifixion, a portrait of Don Quixote, an African brothel and many other incarnations. I finally stopped. And started a new, blank canvas. I realised that I was always searching for the subject inside the paintwork rather than imposing the subject consciously. I would say I do not consciously think, but search, like a dog after a bone. The thinking happens as a late part of the process. Since 2009 I have been painting regularly, and have developed and exhibited a body of work. 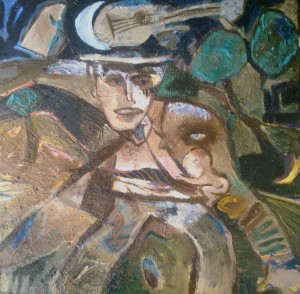 I am sure many years of making films has contributed to a change in my approach to painting. Often, the finished paintings feel like a freeze frame from a movie-  but not necessarily a movie which makes the usual kind of sense. Probably a frame from the kind of movie I can only dream of getting to make.” 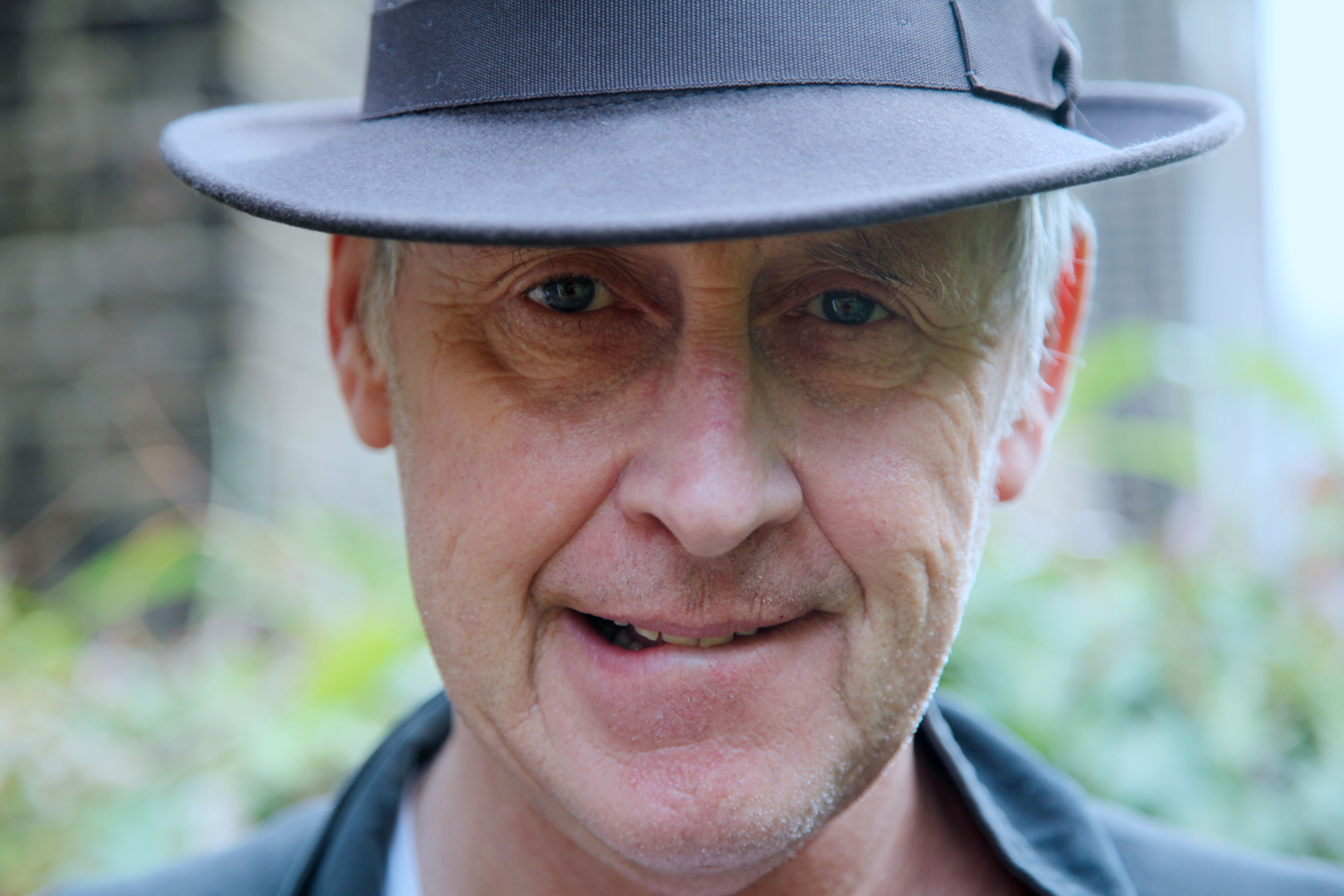 For a tour of Gillies MacKinnon’s filmography with director’s comments, click here.