The Last of the Blonde Bombshells

Analisa Barreto at Working Title Television asked me to direct THE LAST OF THE BLONDE BOMBSHELLS, written by Alan Plater, a television film with a great cast of older actors led by the wonderful Judi Dench and lan Holm. A delicious prospect. People sometimes say I make dark films to which I would reply “only sometimes”. This was light, even silly, with lots of jazz and a wonderful cast. Almost nobody could play the designated instruments and we seemed to have a legion of music coaches at work with both the older and younger cast. If anyone thinks famous older actors behave like Prima Donnas it is not true. Every one of these older actors worked hard on learning to mime the instruments without a word of complaint. I was impressed by the extent to which they had all thought through their character and were completely present in front of the camera.

I really warmed to the late Joan Simms. She was on the stage giving a speech to the other band members. It went something like…

“…I’ve told you before that we cunt…”

She stopped mid stream with her arms frozen in the air and a long, pregnant pause occurred before I said- “Cut!” The word she had meant to say was “Can’t.” 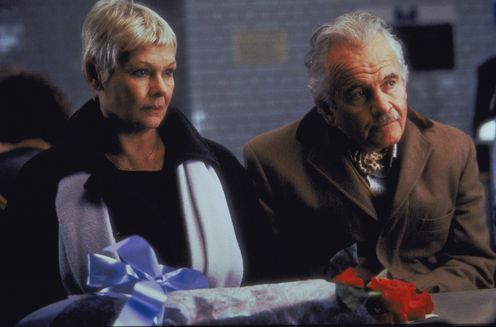 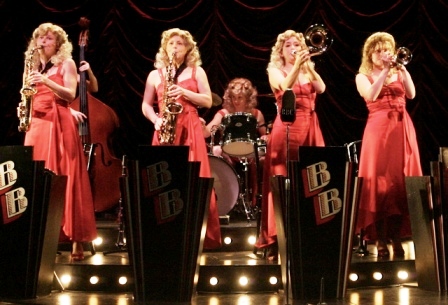 The film tells the story of a female sax player (Judi Dench) and a drummer (lain Holm) who meet by chance in their sixties. During World War Two they were in the same jazz band. The drummer was the only male member of the all girl band and he had sexual relations with every girl in the band, but she was the virgin, protected by the other girls. We needed a fifteen year old girl to play the young Judi Dench and found Romola Garai, who has since deservedly made a name for herself.

Now they decide to round up the band members and play again. Some are in dead, or in jail, or senile but, finally, they assemble enough of them to play the gig and, at long last, the drummer consummates his unrequited desire for the sax player, but fifty years later than he had hoped.