I met with Kudos Films about Alison Hume’s screenplay, PURE. I wasn’t sure if I should tackle another film about heroin. Stephen Garrett and Howard Burch spelled it out – they were about to go into pre-production and I had to tell them yes or no by the next day. I said yes on condition that we could bring greater focus to the child in the story, make it more about him taking on the whole world to save his mother. I wanted a personal story, not a social realist film. 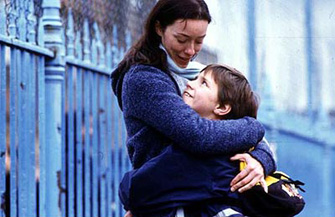 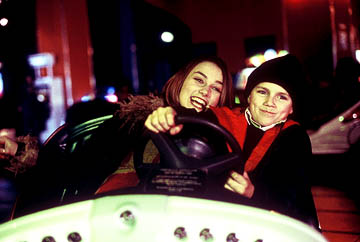 Casting director Chloe Emmerson suggested Molly Parker for the role of Mel, the mother in the throws of heroin addiction. I had seen Molly in KISSED Years before and, though she is Canadian and the character is English, I thought this an inspired idea.

The problem was to find an eleven year old to play her son. Harry Eden now says I called him in to audition fourteen times. I needed to know that the boy was the right personality, that we could work together, and (of critical importance) that he really wanted to do it. So I did make it hard for him. After all, he would have to get up very early and work all day for weeks on end. If he wasn’t motivated we would be in big trouble.

Harry turned out to be the ideal boy for the role. We had an arrangement. When he was called to set he had to be totally vigilant and in character. When I shouted ‘cut’ for the last take, he could run off and play cricket with the ADs. Harry had the ability to relate to any adult actor he came up against, and to charm them too. He worked beautifully with Molly, and with Keira Knightley, who was herself only sixteen at the time. The film centred around the West Ham football ground. Harry, by chance, is an ardent supporter. He was featured in the team’s magazine and I think that meant more to him than being in the film.